Below are the alt codes for both lowercase and uppercase “a” with the acute accent.

To get the a acute symbol using the alt code:

Related Post: How to type Accents on Windows and Mac

Alt codes are used to type symbols and characters that do not have a dedicated key on the keyboard in personal computers running the Microsoft Operating systems. You can do this by pressing and holding the Alt key while typing the alt code (a number that identifies the character), using the keyboard numeric keypad.

For Example, to make the a acute sign using the lowercase a acute Alt code of 0225: first, ensure that your NumLock is turned on, then press and hold the alt key while you type the alt code number that identifies the a acute sign, which is 0225, on the numeric keypad. Then release the Alt key.

Other operating systems like the Mac OS have a similar or extended form of this Alt code feature which I’ll explain soon.

Rules for using the A acute Alt Code

Using A acute Alt code in an Excel function

NOTE: If you are on windows, you can use the alt code method discussed above to type the a acute signs anywhere including MS Word, Excel, and PowerPoint. The CHAR function discussed in this section is just another way of getting the symbol in Excel using the alt code.

Obey the following instructions to use the char function to make the a acute in Excel.

A acute alt code for mac

The a acute alt code shortcut for mac is [OPTION]+[e] then a.

Obey the following steps to type any letter with the acute accent mark on top of it:

For example, to type á (a acute), press and release OPTION+E simultaneously, then type a. The letter á should be inserted for you. The same technique can be used to type other acute letters such as é, í, í, ó, ú, and ý.

This is explained below.

The alt code method of typing symbols is very popular on the Windows operating system.

However, the way you use alt codes on Windows is very different from that of Mac. Most people even think that it’s impossible to use alt code shortcuts in Mac.

As you may already know, the standard apple keyboard also has two alt keys. They are named as Options or ⌥ with a small “alt” label. Though, some of the newest Apple keyboards such as the Magic Keyboard no longer include the “alt” label. The Option key also being the Alt key on the apple keyboard means that it can be used as an Alt key with non-Mac software.

Does it mean that you can press down the Option key whilst you press the a acute alt code on your Mac keyboard?

The answer is no.

Apple has its way of doing things. So instead of using the alt key with difficult-to-remember number codes like Microsoft Word, they combined the alt key with some other keys that will make shortcuts easy to remember.

So if you want the a acute Alt code for Mac, then it is the shortcut you may already know, which is [OPTION]+[e] then a. 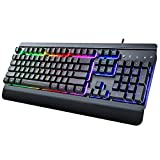